Sparkle Wash of Central Virginia is an independently owned and operated franchise of Sparkle International. Our company began as Sparkle Wash of Richmond in 1976, at a time when there was no other power washing company operating in the area. In fact, few people knew what a pressure washer was, or that a house could be power washed clean. Pressure washers were not readily available, and there were very few places locally that they could even be purchased. When we say we are the oldest “pressure washing” company in the area, we mean it.

Sparkle Wash of Richmond was started by a married couple in 1976. They enjoyed a very successful start, and focused mainly on the residential cleaning market. They ran a few TV ads explaining the benefits of the Sparkle Wash exterior cleaning process. Unfortunately, working and living together proved to be too difficult. After seven years of running Sparkle Wash of Richmond, they broke up, leaving the business in limbo. Sparkle International came in and ran the business until a new owner could be found. 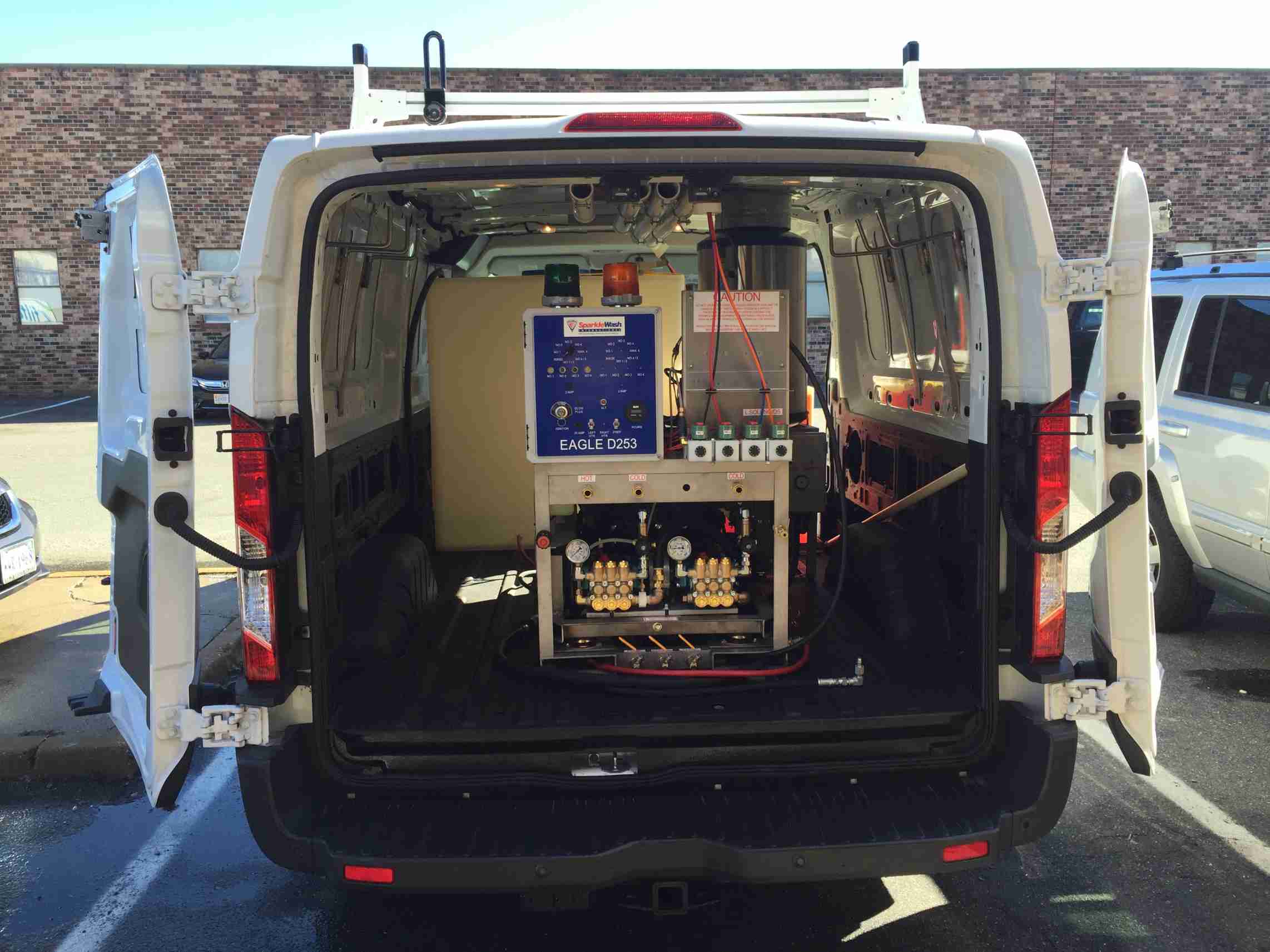 Sparkle International found a new owner for Sparkle Wash of Richmond in 1983. They brought in someone from the Cleveland, Ohio area (where the franchise HQ is located), who had previously worked for one of Sparkle International’s vendors. He moved his family to the Richmond area and purchased Sparkle Wash of Richmond. He focused mainly on the fleet cleaning market, and managed to acquire some rather large contracts. Unfortunately, even with the business doing well, his wife was not happy being away from her family in Ohio. So, he put the business up for sale in 1985.

Lee Stambaugh purchased Sparkle Wash of Richmond in February 1986. Lee believed there was only one way to do things, and that was the right way. With his philosophy that the customer is always right, he managed to greatly expand the residential cleaning market. As a matter of fact, we still have customers that continue to use our service from the early days, some 30 years ago. Lee enjoyed great success but kept the business rather small, insuring complete and total customer satisfaction. Unfortunately, in 1996 he was diagnosed with Leukemia and turned to his son to take over his business legacy.

Chad Stambaugh came back from Norfolk, where he had attended business school at Old Dominion University, to officially take over the business in 2000. Chad had worked in the business since he was eleven years old, and was familiar with almost every facet of the power washing company. Like his father, he believed the customer always comes first and that doing things right is absolutely the only way to do them. Unlike Lee though, he believed that the business could grow and still be able to deliver outstanding customer satisfaction. He wanted the couple of employees that worked for Sparkle Wash of Richmond to not only have a job, but a career that could support their growing families. He changed the name to Sparkle Wash of Central VA, and expanded the services offered. He became a Class A contractor, hired more people, bought more equipment, and has grown the business exponentially, all the while guaranteeing each customer that they’ll be 100% satisfied. Chad still does the majority of the on-site estimates, and is readily available to any customer that may have questions or concerns. We may have grown, but customer satisfaction is still our top priority. We know a happy customer makes for a repeat customer. A philosophy that has lasted since the business started 30 years ago, and is completely responsible for our continued success.